VATTA members have been an important part of the Canadian Down Syndrome Society since 2005. 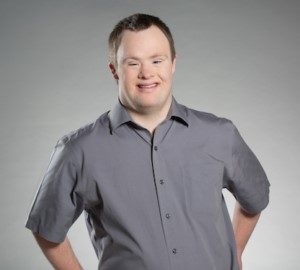 Matthew MacNeil is the VATTA Chair and has been a member since 2011.  He is from Tillsonburg, Ontario where he plays hockey and is the captain of his Special Olympics team. Matthew always tries his best to be a good leader whether it’s volunteering at camp, giving back to the community or helping others live their best life through weight loss and healthy eating choices.  Matthew likes to try new things and believes that with patience you can do anything you set your mind to.  He loves to hang out with his family whenever he can, Matt’s family motto is “make happy memories.”  The three words that best describe Matthew are “leader, motivator and advocate.” 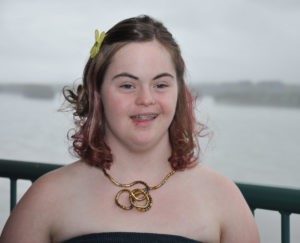 Jessie Huggett is the Chair of the Employment Committee and has been involved with VATTA since 2013.  She lives with her parents in Ottawa and is very involved in the community.  She prides herself in having her voice heard and advocating for people with Down syndrome.  Jessie has received “Difference Maker Awards” and has experience advocating at schools, the Senate and on the local radio and television stations.  Jessie expresses her feelings through dance.  She is a “professional artist who gets to change the way people see beauty and movement and the world.” 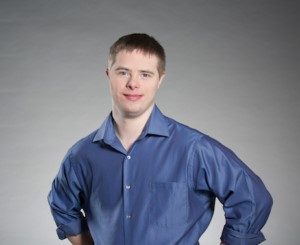 Nicholas Popowich is from Regina, Saskatchewan and has been a VATTA member since 2011. He recently graduated from the University of Regina in the Campus for All Program and works at SaskTel, now in his ninth year with the corporation.  Nicholas is also a member of Best Buddies Canada where he helps to create friendships and leadership development for people with intellectual and developmental disabilities.  He also spends his time taking voice lessons and has performed many times at the Regina Music Festival.  One of Nick’s favorite pastimes is going to the movies with his friends. Nick and his girlfriend, Bree, plan to marry someday. Three words that best describe Nicholas are “friendly, self-confident and eager.” 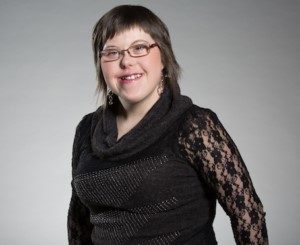 Alana Gersky is from Edmonton, Alberta and has been a VATTA member since 2014.  Alana loves to spend her time dancing, playing sports and attends the Nina Haggerty Centre for the Arts where she gets to express herself through drawing, painting and sculpting clay.  Alana lives independently and is involved in the community through volunteering with seniors at Extendicare, golf tournaments and fashion shows to help promote awareness about Down syndrome. The three words that Alana used to describe herself are “a people person, passionate and I always put family first.” 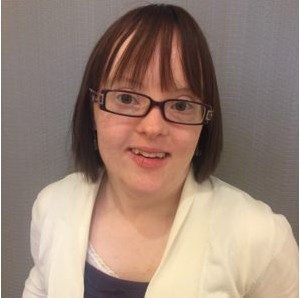 Natalie Olson is from Calgary, Alberta and joined her fellow VATTA members advocating for Down syndrome in 2016 and is also the VATTA Vice Chair.  She works twice a week at a medical company and practices karate four times per week. In 2019, she returned from Panama with a bronze medal in karate and has travelled the globe for international karate competitions.  Natalie also spends her time writing and acting out stories about Star Wars and Pirates of the Caribbean.  She enjoys working out and cross training for karate and spending time with her large, supportive family watching movies.  Three words that Natalie used to describe herself are “imaginative, smart and lovable.” 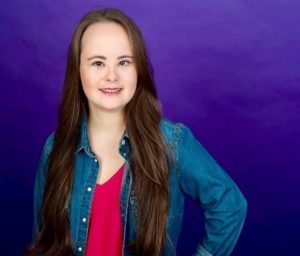 Julia Romualdi has been with the VATTA team for two years and lives with her family in Timmins, Ontario.  Julia is an athlete with the Special Olympics and competes in figure skating, soccer and track and field.  She is also an athlete representative on the Ontario Special Olympics Athlete Leadership Council.  Julia gets to travel all over to compete in figure skating, and won a silver medal in Prince George, B.C. at the Canada Winter Games.  She also enjoys public speaking and helping parents in the community who have children with Down syndrome.  Julia likes to share her experiences and talk about inclusion and has been involved in a CBC documentary that helps educate Canadians about Down syndrome. One piece of advice Julia would give her younger self is to learn to be independent as young as possible and describes herself as “confident, hardworking and optimistic.”

Jeremy Abramson has been with the VATTA team since 2015 and has been living on his own for almost four years. He spends his time taking care of himself through body building and playing hockey.  Jeremy has been playing hockey since 1994 and his favorite childhood memory is when his father taught him how to skate in their homemade backyard rink.  He plays and competes with the Capital City Condors in Ottawa and is a world traveler.  He has been to South Africa, Greece and has recently been to Scotland and England.  Jeremy hopes to become a certified personal trainer and strives to become a WWE superstar or in the NHL…”you never know it could happen.”  The words Jeremy would use to best describe himself are “athletic, engaged and lover of travel.”

The following past VATTA members have completed their terms since VATTA joined CDSS in 2005: