Down Syndrome Conference Speakers and Sessions

OUR COMMUNITY / EVENTS / DOWN SYNDROME CONFERENCE / SPEAKERS AND SESSIONS 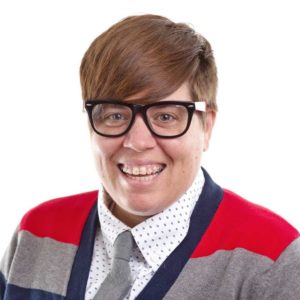 Originally from Edmonton, and now based in Vancouver, British Columbia, Shelley Moore is a highly sought after inclusive education researcher, collaborator, consultant and storyteller and has worked with school districts and community organizations throughout both Canada and the United States. Her research has been featured at international conferences including the Council of Exceptional Children (CEC), the International Reading Association (IRA), the National Council of Teachers of English (NCTE), The American Education Research Association (AERA) and the Canadian Society for Studies in Education (CSSE).

Shelley’s interactive presentations are constructed based on contexts of specific schools and communities and integrate theory and effective practices of inclusion, special education, curriculum and teacher professional development. Her first book entitled, “One Without the Other” was released in July 2016 to follow up her TEDx talk hosted in Langley in January 2016 highlighting the foundational influence in her work, about presuming competence. Shelley completed an undergraduate degree in Special Education at the University of Alberta, her masters at Simon Fraser University, and is currently a Social Science and Human Resources Council (SSHRC) funded PhD scholar at the University of British Columbia. She is also the recent recipient of the Engagement award, a national competition highlighting SSHRC funded research through story. 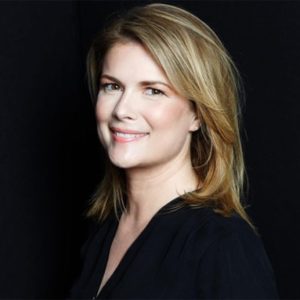 Tamara Taggart is a veteran broadcaster, advocate, and mother. Her broadcasting career spans 28 years in both radio and television. She has focused more than 20 years of volunteer effort on health care, the well-being of children, and people with disabilities. Tamara is a strong community leader who advocates for others, volunteers and raises much-needed funds for many important causes. She has volunteered thousands of hours and sits on the boards of several non-profit organizations.

In 2015, Tamara received the Order of BC which recognizes those who have served with the greatest distinction; the Order is the highest form of recognition the Province can extend to its citizens. Tamara received an Honorary Doctorate of Laws from the University of the Fraser Valley in 2016.

In 2014, Tamara spoke at TEDxSFU. Her presentation, entitled ‘Two Conversations that Changed My Life’, compares how the medical community negatively framed her baby’s Down syndrome diagnosis, yet were positive and encouraging when she received a cancer diagnosis. This talk has struck a chord with medical professionals and universities around the world. It has been viewed over 360,000 times.

Tamara chaired BC Womens Hospital’s ‘Hope Starts Here’ campaign, raising $17 million for a newborn intensive care unit. Since 2014, she has chaired BC Cancer Foundation’s Inspiration Gala, raising over 15-million dollars to date for cancer research and treatment in British Columbia.

Tamara and her husband Dave have three children – son Beckett and daughters Zoë and Poppy. They also share their home with George their Airedale Terrier, Penelope their rescue dog, and rescue cats Broccoli and Brussel Sprout.

Past Conference Keynote and Endnote Speakers